Matthew is a marketing communications manager for Forsythe Technology, a global IT firm in metropolitan Chicago. He is passionate about social media (and has been known to obsessively check the latest stats on who has retweeted him lately).

His background includes working for a PR firm in downtown Chicago, as a publicist at the National Geographic Channel, a spokesman for a national trade association and a marketing pro for a 24-hour news station in Washington, DC.

Matthew is also a part-time student at the Charles H. Kellstadt Graduate School of Business at DePaul University. He is working toward earning his MBA degree with concentrations in Integrated Marketing Communications and E-Business.

His blog. Knowledge Enthusiast, is one of the fastest growing Wordpress.com blogs (December 2009).

In his spare time, he is actively involved with student organizations at DePaul, including the Kellstadt Marketing Group. He also enjoys spending time with his new daughter, working out, and playing basketball and golf. He has run two marathons (Chicago and New York) and two half marathons with his lovely wife. 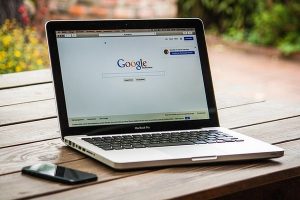