Chinese consumers are leery of buying a pre-owned car, not trusting that the car is what it’s advertised to be. Xin.com’s challenge was first to make consumers aware that its used-car site existed and then give them a good reason to want to visit. With the help of Genedigi, a Publicis Groupe/MSLGROUP organization, it succeeded on both counts—and won first place for Best Brand Awareness in PR Daily’s 2016 Digital PR and Social Media Awards.

Genedigi worked with Xin.com to produce a 60-second spot for the wildly popular Voice of China program. The commercial leveraged the current popularity of GIFs and featured a number of Chinese celebrities.

The airing of the commercial, though, needed to be amplified in order for the message to get out. After the ad aired (supported by the usual tools, like a press release), the organization started online debates covering both the pros and cons of buying used cars.

With a focus on the trust issue, the debate found its way to multiple platforms, most importantly China’s dominant chat app, WeChat. The intensity of the debate caught the media’s attention (as hoped), covered on popular programs.

In order to maintain the momentum the commercial built, content was added regularly from the organization’s Weibo account, inviting consumers to join the discussion, air their concerns, and get answers.

The focus on debate (which included targeted influencers) resulted in half a billion impressions, 1.3 million WeChat clicks, 40 million Weibo clicks and a more than 10-fold increase in searches for the site.

Congratulations to Gendigi and Xin.com for an effort that surpassed expectations. 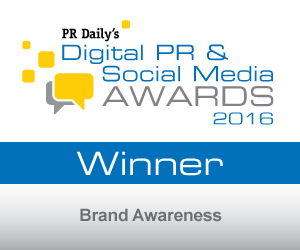