Organizations touting their corporate social responsibility (CSR) activities run the risk of being seen as self-serving. Yet they have to let stakeholders know what they’re doing for society, especially given the importance that investors and consumers increasingly place on a company’s CSR record. Toyota North America opted to produce a series of three short videos that showcased the beneficiaries of its activities—and won first place in the “Video” category of PR Daily’s 2016 Digital and Social Media Awards

Produced by Toyota with assistance from digital advertising agency 360i, film production company Cinelan and communications consulting firm Finsbury, each video was directed by a different Academy Award-nominated filmmaker, and each applied the principles of the organization’s Toyota Production System. To ensure visibility, Toyota housed the videos on a microsite, “The Toyota Effect,” that served as a hub for the videos.

The videos were premiered at the New York Film Festival to generate buzz. Toyota also launched an influencer marketing program specifically for the videos, with more than 280 pieces of custom content generating more than 41 million impressions.

Paid media included having the videos appear at movie theaters in addition to digital and social channels, while earned media led to coverage in over 140 media outlets. In just over three months, the videos earned cumulative views in excess of 24 million.

The program was so successful Toyota plans to expand the scope of the microsite by adding additional videos from across the organization to show how it collaborates with others to create a positive impact on people, society and the environment.

Congratulations to (from Toyota North America) Marjorie Schussel, Tara McGillon and Julie Ann Burandt; and (from 360i) to Pierre Lipton, Jeff Anderson, and Jamie Hall. 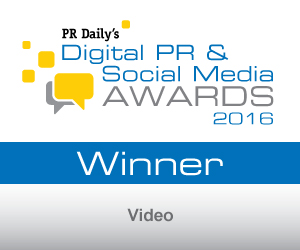