Deeply personal, gut-wrenching, and inspirational are not words that typically describe an executive letter. But the letter from Huntington Bank executive Daniel B. Benhase—which captured Ragan’s Employee Communications award for Print Publication: Best Executive Letter—is anything but typical.

The letter is a call to action, a request for Huntington Bank employees to participate in the annual Pelotonia bike ride that raises money for cancer research at Ohio State University’s Arthur G. James Cancer Center and Richard J. Solove Research Institute.

Benhase, an executive vice president in charge of wealth, participated in the bike ride in 2010. A few months after the ride, he found out that his childhood friend Dave was diagnosed with inoperable, advanced pancreatic cancer. The terrible news inspired Benhase to play a more active role in the bank’s fundraising efforts and help Huntington reach its goal.

So, he wrote a letter—a deeply personal, gut-wrenching, and inspirational message to Huntington’s 11,000 employees.

Benhase conceived and composed the letter himself, though he did seek comments and ideas on wording from the bank’s communications department. In the letter, he talks about his stricken friend and their relationship.

“Dave and I were inseparable when were young, often confused for brothers, even twins,” Benhase wrote in the letter. “This is the friend I have shared my life with through school, youth sports, dating—we even had a tryout together for the Cincinnati Reds (we were both cut in the first 15 minutes). Dave is the consummate ‘good guy.’ We should all be lucky enough to have a Dave in our lives.”

Benhase explains that Dave was given 60 to 90 days to live. He visited multiple facilities for treatments that all failed, and coincidentally, his friend’s final chance was a clinical trial at Ohio State. As a result, Dave lived with Benhase and his wife in Columbus.

“Cancer,” Benhase writes, “is living in the bedroom next to mine.” And he got a close, if grim look at its effects on his longtime friend.

“Dave is in really bad shape,” he writes. “He aged 25 years in the last 90 days. His skin is wrinkled and his eyes sit deep in his head. Cancer is not pretty. It is ruthless and ugly. His intestines have turned to cement. He can neither eat nor drink without violent vomiting. He cannot lie down without knifing pain. He cannot put his hands on his belly because his hands are ‘too heavy.’”

Benhase concludes his letter with a strong call to action. “Please ride with us in August … I promise, riding in Pelotonia will change your life—and maybe save someone else’s.”

When the ride came, Huntington had exceeded its expectations, raising more than $2 million—a 30 percent increase from the previous year—with 1,000 riders from the company taking part. The bank gives Benhase and his powerful letter most of the credit for the sharp increase.

Sadly, Dave passed away shortly after the letter went out. But the experience has made Benhase more committed than ever to raise money and awareness to fight cancer. 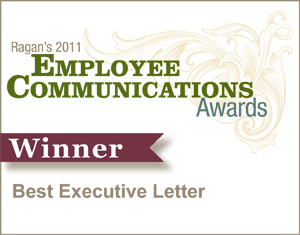