Aurora Health Care did something truly amazing with its Twitter feed: It live-tweeted an awake epilepsy resection surgery.

Aurora’s goals were to promote St. Luke’s Regional Epilepsy Center, demonstrate the expertise of the neuro-services team, create awareness for epilepsy surgery as a treatment option and reduce the fear and stigma associated with brain surgery.

It also gave Aurora Health Care’s Twitter followers a look at a world they otherwise might not get to experience. In doing so, it nabbed the Ragan Employee Communications Award for Best Use of Twitter.

It took a lot of preparation to promote Aurora’s project and ensure that the campaign was successful and informative.

Two weeks before the surgery, Aurora used social media (Facebook, Twitter and YouTube), and local and national media to introduce the project to the public and educate them on what to expect.

A week before the surgery, the patient was introduced to the public via Twitter. Twitter was also used to remind people of the upcoming surgery.

To keep information fresh on the day of the surgery, a two-person team was employed to tweet and post photos—one doing a play-by-play while the other provided additional descriptions and added content to support the procedure. Aurora called this a “sports broadcast mentality.” The project team even got the doctor and patient to tweet messages about the surgery. To keep conversations in one place and create ease when it came to tracking and measuring, Aurora used the hashtag #ahcneuro.

The results were exciting. Total social media impressions from the event were 638,730. Twitter showed evidence of how the project affected Aurora Health’s community:

@EFOF tweeted: Wow! This is AMAZING! Not what I expected, so glad for this opportunity! Great pics! #Epilepsy Awareness 4 Sure!

More messages similar to these flooded in via Twitter showing that Aurora Health had opened up many people’s eyes to epilepsy and surgery. There were 610,355 impressions on the Twitter hashtag. And it didn’t end there.

After the surgery, Aurora posted a tip sheet called “10 tips for a successful Twitter surgery.” It included tips on the importance of establishing a hashtag to track and measure success, involving the PR department from the beginning, and ensuring that you receive full disclosure from the patient and hospital staff. 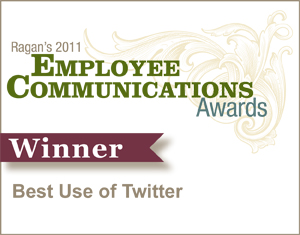