In 2011, Air Canada executives charged members of the communication staff with creating an internal social network where employees could chat, provide feedback, and connect with co-workers.

Communicators built this social network on Yammer, a kind of Facebook-Twitter hybrid that exists inside the company firewall. The test phase was successful, inspiring the airline to make the Yammer community a permanent part of its internal communications.

The Yammer community should serve as inspiration for anyone working in internal communications. Roughly half of the company’s more than 7,000 cabin crew employees belong to the community, where they often flush out sensitive issues with management. Any concerns are consistently met with thoughtful responses. Meanwhile, other posts take a more lighthearted approach, showcasing employees in locations around the worldwide. 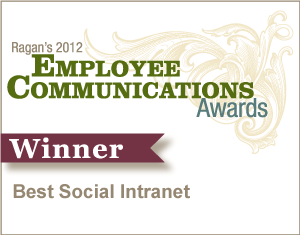