Hospitalized patients can be especially vulnerable to any type of infection, and during flu season this danger becomes more acute. So Health First, a hospital network in Brevard County, Fla., decided to unleash a martial arts army in its effort to convince its workforce of 7,800 health care practitioners to get vaccinated against the flu.

The resulting video may not ever be featured on MTV’s Video Music Awards, but it did win first prize in Ragan’s 2014 Employee Communications Awards for Best Informational or Educational Video.

Rewriting the lyrics of the 1974 disco hit “Kung Fu Fighting,” the Health First marketing and communications team put together a video calling on employees to go “Kung Flu Fighting” as part of their “Fight the Flu” campaign.

The team recruited 50 employees from around the Health First system to wear headbands, sing, and dance in the video, delivering kicks and blows in hospital settings as they advised their peers to protect themselves and their patients by getting the flu shot.

Everybody was kung flu fighting (Hah!)
The shots were fast as lightning
Every doctor would know flu sighting
But they fought with extra timing

The employee-combatants seem to be having fun delivering their best Bruce Lee, and the message got across: The campaign resulted in a 99.9 percent compliance rate in Health First’s new mandatory flu vaccination policy (well above the goal of 90 percent), and the video received more than 12,000 views on YouTube and Health First’s intranet page. 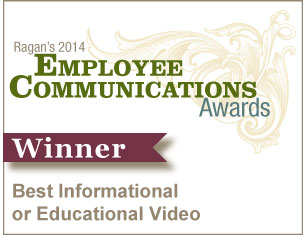