When you think of employees using an intranet, police officers in the field probably don’t leap to mind. Yet they were precisely the target audience for Pocketbook, the intranet for the staff of the Avon and Somerset Constabulary in the United Kingdom. Pocketbook’s effectiveness has earned it first place in the “Value to Employees” category of Ragan’s 2017 Employee Communications Awards.

The goals of Pocketbook were based on clearly identified needs, like getting information to officers faster so they could act more quickly. “Before Pocketbook,” according to Constabulary communicator Scott Fulton, “officers on the beat could only use their phones to ring colleagues, our range of bespoke applications were not mobile friendly and in the opinion of the front line when surveyed, not fit for purpose.”

Now the intranet is a primary resource for the Constabulary’s 5,000 line officers and 3,000 support staff, many of whom access the information strictly via their smartphones. The resources they’re using include quick access to information, such as procedures for handling specific situations. Officers get updated information on missing persons. They can ask about a suspect and get quick feedback from other officers who know and have dealt with the suspect before (a brilliant use of collaboration tools).

The intranet is directly responsible for reducing the amount of time needed to respond to emergency and non-emergency calls by nearly a minute. Because all the tools they may need during a call are accessible in one place, officers are able to access those resources more quickly.

The top contributors to Pocketbook are armed response units whose members use it and offer feedback on how to make it even more valuable. Research drove the development of Pocketbook, including a survey to which nearly 900 staff members responded. The impact is captured nicely by a call handler who said, “I honestly don’t know how we’ve managed without this for so long!”

Congratulations to Scott Fulton of the Avon and Somerset Constabulary and Interact. 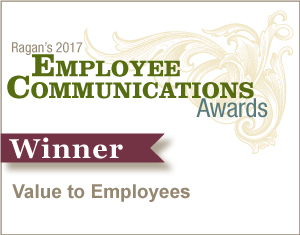