When it replaced a vague tagline with one that more clearly explains the nature of the services it provides its community, Children’s Services Council of Palm Beach County created a campaign that took top honors in PR Daily’s 2013 Nonprofit PR Awards in the Best Branding/Re-branding category.

Founded in 1986, the Florida nonprofit provides prevention and early intervention services to children and families.

Because the services it funds are directly provided to families by local nonprofits and government agencies, the organization had little name recognition. A 2011 market survey showed that less than one-third of those surveyed answered “yes” when asked if they had heard of Children’s Services Council.

The tax-funded agency needed to raise community awareness about what it is, what it does, and why it matters, with a brand that would resonate with everyone in the community.

The agency’s old tagline was vague and abstract: “Expect Success.”

With its rebranding, the organization’s jargon-laden message and collateral materials were simplified with a consistent, clean design and this message: “Children’s Services Council—so our children grow up healthy, safe and strong.”

Updates included a brand manual, reworked collateral materials, a redesigned website, Facebook and Twitter content, and 15-second public service announcements on local television and at movie theaters answering the question, “Why does this matter to me?”

Facebook fans jumped from 400 in November 2011 to almost 2,900 by the end of March 2013. Staff, management, and providers can easily recall and quote the new tagline, unlike the previous one. By the March 2013 survey, awareness had increased 9 percentage points. 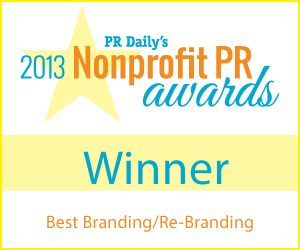