Like most big unions, the National Education Association (NEA), a large and influential advocacy organization working on behalf of educators across the country, is adept at lobbying. That came in handy for its campaign to overturn the Bush Administration’s No Child Left Behind law, a campaign so effective that it’s earned NEA first place in the “Best Advocacy or Awareness Campaign” category of Ragan’s 2016 Nonprofit PR Awards.

Significant research guided the development of a road map that targeted members of Congress. Advocacy for reform was supplemented with an overarching bipartisan message and widespread support from NEA members. The NEA crafted communication points for each of the six distinct phases in the campaign, along with a major earned-media effort and a strategic approach to social media.

Few organizations undertake a campaign of this complexity and do it so well. Special thanks to all of the NEA staffers who participated in the success of this program. 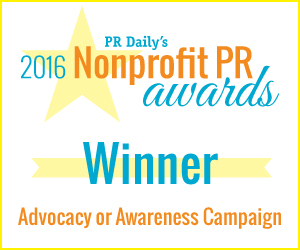