When Dr. Howard Jones, the father of in vitro fertilization, celebrated his 104th birthday, the event catalyzed communicators at the Eastern Virginia Medical School. They sprang into action to gather a wealth of information and resources to deliver to the public when Dr. Jones eventually passed. Their efforts have culminated in a first-place win in the “Media Relations” category of Ragan’s 2016 Nonprofit PR Awards.

A retired member of the Eastern Virginia Medical School staff, Dr. Jones would certainly warrant considerable news media attention upon his death, and the school wanted to be sure that the coverage would be a fitting tribute.

At the heart of the campaign were interviews the team conducted with Dr. Jones, documenting his legacy and recounting the emotion-laden story of his partnership with his wife. The team also interviewed Elizabeth Carr, the first in vitro fertilization baby born in the United States.

Between Dr. Jones’ birthday and his death seven months later, the team prepared an original news story, seven video packages, b-roll segments, social media content, a digital timeline and downloadable resources. Two “dark” web pages were readied for activation at a moment’s notice: One for the public, the other for the media.

When the sad day arrived, the team was ready to be among the first to report on his passing, placing multiple messages, quotes statistics and information in regional and national news coverage, offering resources to the news media and sharing original content.

The effort paid off: The school was the second source to publish news of Dr. Jones’ passing. AP used quotes from EVMS leaders as well as material from the archive, resulting in major national media coverage. The stories represented over 706 million views. Local media also relied on the resources.

For a moving tribute to a medical pioneer, warm congratulations to the EVMS Marketing & Communications Team. 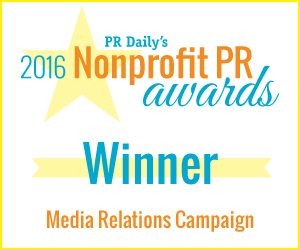