Vaccinations are one of the truly great success stories in all of science. However, a wave of misinformation based on a single fraudulent study and spread by a group of anti-vaccination celebrities and spokespeople is having an impact. The American Academy of Pediatrics (AAP) was determined to address the problem, and its response has won AAP first place for “Best Social Media Campaign” in Ragan’s 2016 Nonprofit PR Awards

Social media is helping to spread the misinformation, so the AAP decided to launch its own social media campaign during National Infant Immunization Week. Centered around the hashtag #WhyIFax, the campaign culminated in an hour-long Twitter storm that drew in parents, pediatricians and child health advocacy groups.

The campaign solicited parents who were registered in the AAP’s HealthyChildren.org database to tell their vaccination stories, which provided the organization with material to share during the campaign. Those stories were delivered along with posts from five pediatricians who addressed issues like doctors’ recommendations and protection against illness. The posts were housed on the AAP’s blog, but content was also shared across Twitter, Facebook and Pinterest.

A network of more than 500 pediatricians on Twitter got information about how to participate, and a social media toolkit was made available to anyone interested in helping out.

In total, nearly 6,000 tweets with the campaign hashtag were tweeted by 1,807 participants. The April 22 Twitter storm produced 8.6 million impressions, while the campaign on Facebook reached nearly half a million people and earned more than 9,000 reactions, comments, and shares. 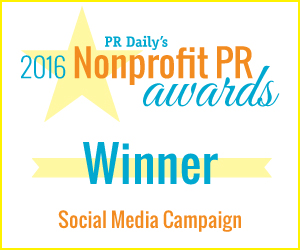