Thirteen million children in the United States don’t always get enough to eat, a problem that is exacerbated during the summer months when school is out and many parents are unaware of places where they can get meals for their children. The Text for Food campaign by Share Our Strength sought to make it easy to find out where such programs were operating. The effort has won the “Campaign of the Year” category in PR Daily’s 2017 Nonprofit PR awards.

It worked as easy as texting FOOD (or COMIDA in Spanish) to 877-877. The service prompted the user for an address or ZIP code, then listed the location and service times of up to three nearby summer meal sites. The challenge was letting the parents or caregivers know the information was so easily accessible.

The Text for Food campaign involved a radio media tour to talk about the issue and raise awareness of summer meal programs. A social media event represented the second phase of the strategy. The campaign first spread the word online as school was letting out for summer, then again in midsummer, when participation in summer meal programs typically dips.

The #summermeals hashtag was put into action through a crowdspeaking platform that promotes mass sharing of a single message. A media outreach campaign spread the word further, with summer meals experts participating in 30 media interviews over a three-week period. More than 350,000 texts were sent, thanks to the success of all three. As a result, fewer kids were hungry this year. 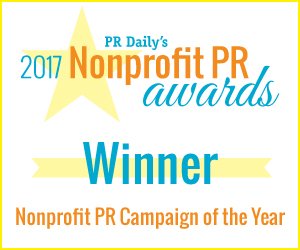