Visit Philadelphia—the visitor and tourist organization for one of America’s most historic cities—was tasked with branding one of the oldest and most historic districts in the country. It turned to social media, especially Snapchat and Instagram. Its efforts have won Visit Philadelphia first place in the “User-Generated Content” category of PR Daily’s 2017 Nonprofit PR Awards.

The goal was to get the city’s fans and supporters to share their experiences at the Liberty Bell and Independence Hall, and also at the many popular restaurants, bars and shops in the district. Visit Philadelphia amplified the shared content across all of its 13 active social channels, which can potentially reach 1.4 million people.

Visit Philadelphia employed several tactics to encourage fans to share their experiences in the district using the #historicphilly hashtag, ultimately building relationships with content creators that will serve it well in future campaigns.

In addition to calls to action across social channels, the organization added it to its own content and built it into Snapchat filters, taking advantage of Snapchat’s geofencing capabilities. Fans shared record numbers of posts on Instagram, leading Visit Philadelphia to give GoPro cameras to six local influencers. The footage was used to create a video that enjoyed 68,000 views on Facebook alone (along with 374 shares, 47 comments and 1,100 likes).

After winter, the group found that Snapchat had changed its rules, banning hashtags from filters. The group responded by creating “collectible” frames stationed throughout the district, leading people to take their pictures through the frame. The Snapchat geofilters have achieved a whopping 4.3 million views.

All of the results speak to the incredible value of user-generated content and the power of influencers. Congratulations to Visit Philadelphia for its success. 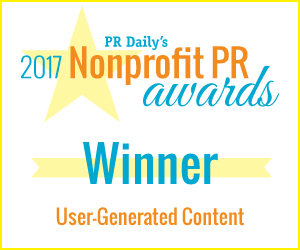