The St. Vincent De Paul Society Queensland & Rowland hosted an annual event that added a unique approach to its fundraiser to support the homeless: In addition to seeing and hearing the tales of real people sharing relatable tales, some participants also got to experience it. The effort has won first place in the “Fundraising Campaign” category of PR Daily’s 2018 Nonprofit PR Awards.

The new component to the fundraiser was dubbed “Walk a mile in their shoes.” This scenario-based activity provided participants with a true appreciation of the hurdles and stresses associated with the threat or reality of homelessness. The team spent months in the preparation phase in the two regions where the event would be held: Brisbane and the Gold Coast. The launch in April 2018 included events for reporters and participants, with engagement on the topic continuing through late June.

PR tactics ran the gamut from electronic direct mail, press releases, videos, photos, interview opportunities with guest speakers, panel discussions and post-event follow-up, including a survey which found more than 85 percent of respondents had used one or more of the fundraising resources the campaign provided.

With a goal of raising $1.4 million across the two events, the team’s work brought in $1.5 million. In addition, the number of people participating rose, as did the retention rate. The reach of the average campaign Facebook post increased more than 135 percent from the year before, with Twitter and Instagram also performing well. The event resulted in 39 pieces of media coverage as well. 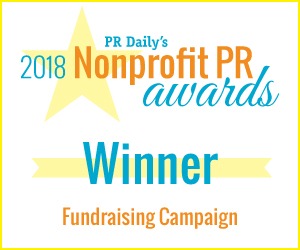