The GBAC team wove a secondary goal into its planning, ensuring the organization was perceived as representing all union construction in its Philadelphia market. Multiple campaign elements were bundled into three categories of tactics.

The second tactic—increasing member exposure to GBCA educational opportunities—resulted in the establishment of a Construction Leadership Council Leadership Series and social media promotion of the group’s tuition reimbursement program.

The final tactic sought to promote the association’s activities. To accomplish this, the team ensured that GBCA participated in high-profile city activities, contributed to the campaign to bring an Amazon headquarters to Philadelphia and gave to a homeless fundraising activity.

The focused efforts paid off with increased media exposure, a high open rate for its email newsletter and increased social media follower counts. Participation at GBCA events increased dramatically, as did sponsorship in events and activities.

For setting a clear goal and implementing tactics that delivered just the results GBCA was looking for, congratulations to the team of Lauren Tosti and Byron Lee. 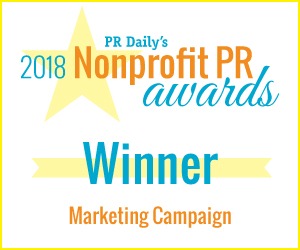