Life for young African-Americans in New Orleans is no game. The murder rate in the city has been the subject of national headlines, and young African-Americans make up a substantial part of the total. NOLA for Life (N4L), from GMc and Company, Inc., is the city’s comprehensive murder reduction strategy. It’s earned an honorable mention in the “Mobile App” category of PR Daily’s 2018 Nonprofit PR Awards.

GMc and Company launched N4L Street: Pathway to Prosperity in 2018. It’s a mobile game app that was created based on focus group research that revealed a smartphone game would be the most effective way to reach the target audience of African-American males between the ages of 16 and 30. The game had to include the elements of gameplay that make people want to play, but also had to direct players to N4L’s resources and drive traffic to their website.

In the game, players move across New Orleans in a 2D slide-scroller format, making progress by marching in and growing a second-line parade. They use musical notes and doubloons to attract krewe members to join the parade instead of engaging in violence. Players also encounter characters already caught up in a life of crime whom they must convince to change their ways and join the krewe.

These encounters put players in a role-play situation in which they must answer questions correctly to wield influence on these individuals. The game also delivers trivia questions the player must answer correctly (e.g., “Where can young people get legal defense and advocacy in New Orleans?”).

The final score is determined by miles marched and individuals helped, with the score shared on Facebook. The game was launched at a free weekly basketball tournament N4L hosts that attracts the target audience.

Congratulations to GMc and Company, Inc. and the City of New Orleans for an innovative approach to a serious problem. 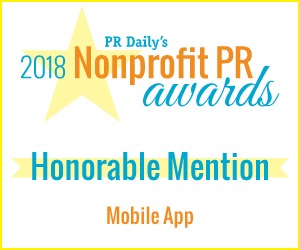