Rotary’s annual international convention is held in a different city every year. In 2019, Hamburg, Germany, was the site of the event, which drew 26,000 members from 175 countries.It provided Rotary with an opportunity to showcase its members and activities, particularly important because only a little more than half the German population is familiar with the organization.

The campaign to shine a light on Rotary during the convention has earned first place in the “Event PR and Marketing” category of PR Daily’s Nonprofit PR Awards.

Working with a German PR agency to activate local media and opportunities, Rotary’s team established goals that included reinforcing the organization’s image as a relevant organization for professional men and women seeking to volunteer in Hamburg and elsewhere, as well as to increase social media engagement and entice 25,000 members to register for the convention.

KPIs were set (such as securing 20–30 stories in top-tier media). Messaging pillars were established to focus on key topics, such as Rotary’s role in ending polio, and 14 story angles were isolated to support targeted media pitches.

Activities were planned for before, during and after the convention, ultimately delivering 691 media placements and 832 posts across social media in eight languages, delivering 254,000 engagements, a 55% increase over 2018. Paid attendance exceeded the goal, and the number of new member web leads doubled from the previous year. 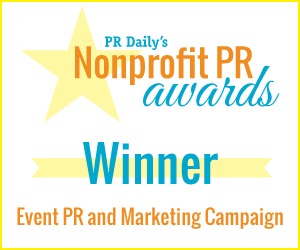