Loud Shirt Day is the annual fundraising initiative for First Voice Centres throughout Australia, an organization made up of service members that provide hearing-impaired children the language skills they need to achieve mainstream education, employment and social opportunities. One of those members, The Shepherd Centre (TSC), partnered with Palin Communications on a campaign that has earned first place in the “Fundraising Campaign” category of PR Daily’s Nonprofit PR Awards.

TSC specializes in early intervention to help children with hearing loss develop spoken language skills, and relies on fundraising to help more than 500 Australian families each year. Because one out of two Australian children with hearing loss are missing out on crucial intervention services, TSC opted to piggyback on Loud Shirt Day to increase awareness of the services it provides, maximize fundraising and expand media opportunities.

TSC worked with Palin Communications to develop a variety of media materials, including an alert that highlighted media opportunities for longer lead publications, a letter to politicians inviting their support via social media, a schedule of template social media content for politicians to adapt to support the campaign, a launch press release and tailored pitches.

The team also secured a placement for TSC’s longstanding ambassador, a well-known local actress who had limited availability during the campaign. Palin also worked with TSC’s corporate partner, Salesforce, highlighting an employee who had attended TSC as a child.

The campaign raised more than $60,000, a 5% increase over the previous year, with the average donation increasing by $180. Media efforts produced 105 individual stories, a 36% increase over 2017, while 23 social media posts were dished up by politicians, media and influencers. The team also brought two new corporate sponsors on board. 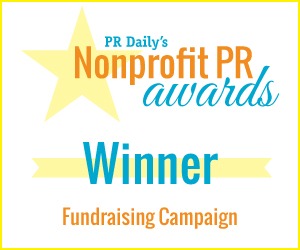