Founded in 1888, Tri Delta was envisioned by its founder as a society that “would be kind alike to all.” At its February 2018 Collegiate Leadership Conference, the sorority kicked off a campaign designed to renew its commitment to kindness. Under the banner “Live Kind. Lead Kind.” the campaign continued for nine months, culminating with Tri Delta’s Founders’ Day. The success of the effort has earned Tri Delta first place in the “Marketing Campaign” category of PR Daily’s Nonprofit PR Awards.

The organization employed a variety of tactics to generate engagement from its members, including in-person conference keynote speeches and presentations, digital videos, social media (with a focus on new features like Instagram’s “Ask” feature), email marketing, features in print magazines, web stories, print materials and merchandise.

“Live Kind. Lead Kind.” was the theme from February through July, after which “Our Kind of Kind” kicked in and continued as the theme through Founders’ Day. At the kickoff event, attended by more than 600 collegiate chapter officers, a speech by President Kimberlee Di Fede Sullivan was recorded and a clip shared across Tri Delta’s social media channels, reaching 25,430 people. Attendees at the speech received an infographic handout and a sticker cling; specialty T-shirts were offered through the Tri Delta Shop, with 650 pieces sold.

The organization’s magazine, delivered to more than 30,000 members, featured a cover story on the campaign. Tri Delta’s social media channels also focused on the campaign, driving members to a video in the form of a letter to the organization’s founder, Sarah Ida Shaw, featuring members telling her what her words mean today and pledging to take on the challenges the membership faces. The video letter reached 34,511 people.

Congratulations to the team behind the campaign for a well-conceived and executed program. 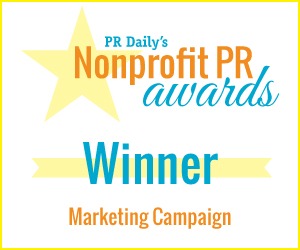