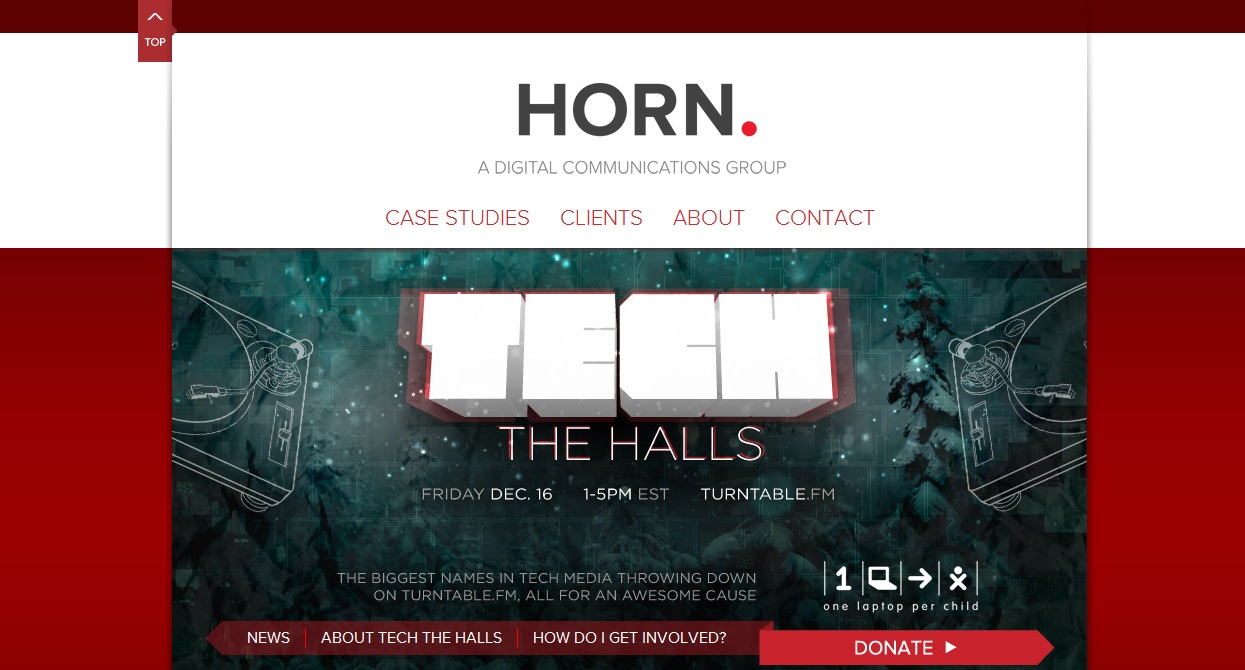 Persuading reporters to cover a story is difficult enough for public relations professionals, never mind when they’re pitching a story about the agency for which they work—during the holiday season.

Such a thing might sound impossible, but digital communications agency Horn Group showed it can be done. It just requires a fresh approach.

Last November, in an effort to show off its personality, Horn Group launched a campaign called Tech the Halls, in which it partnered with startup Turntable.fm to pit reporters from 14 media outlets against each other in an online DJ contest that would raise money for nonprofit One Laptop Per Child (OLPC).

Neither OLPC nor Turntable.fm is a client of Horn Group.

The result: $10,000 raised—enough for 50 laptops for students with disabilities—and coverage in major publications (beyond PR trades) as well exposure on social media that led to an explosion in the number of visits to Horn Group’s website.

For the ambitious and original campaign, not to mention the results it reaped for One Laptop Per Child, Horn Group earned top honors in the 2012 PR Daily Awards Best Branding Campaign category.

We congratulate Horn Group marketing manager John Lee, along with vice president of creative strategy Michael Mancuso and lead designer Paddy Driscoll for their work on the Tech the Halls campaign.

Aside from their time, the campaign cost Horn Group $0. The $10,000 it raised for OLPC, meanwhile, came through crowdsourcing. Horn Group built a custom landing page where people could contribute with just a few clicks. Fundraising lasted one month, the grand finale of which took place on Dec. 16 when the media outlets—including Advertising Age, All Things D, Fast Company, Forbes, TechCrunch and others—squared off. The winner of the contest was TechCrunch, but thanks to all of the exposure and money raised, Horn Group (and OLPC) came out victorious. 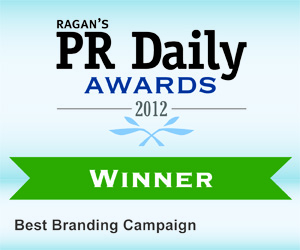