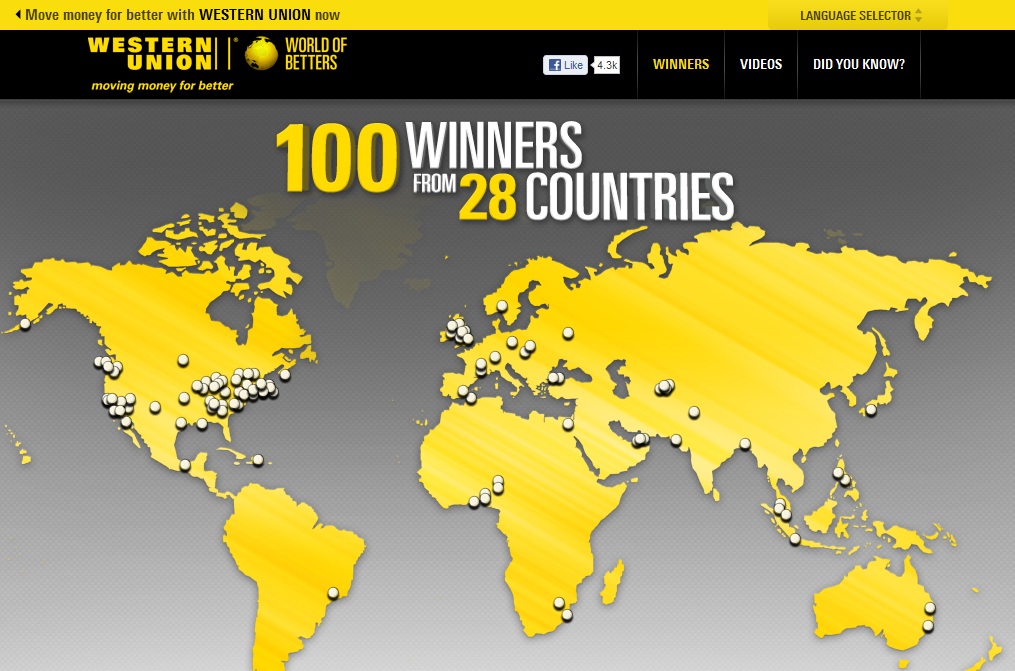 When Western Union wanted to introduce its multifaceted platform, “Moving Money for Better,” it used a unique website and campaign, “World of Betters.” With a global reach in the billions, the campaign spread awareness and “better” throughout the world, earning it top honors as the Best Website Launch in the 2012 PR Daily Awards.

We congratulate the team that collaborated on the winning effort.

For 160 years, Western Union has helped people connect and impact the lives of others. The organization shows its continued commitment with its award-winning “World of Betters” campaign. Western Union called upon more than a half-dozen international recording artists to help spread the word about its online platforms, which allow consumers to send cash or digital singing telegrams to friends and family.

The organization staged celebrity engagements and media events in the U.S., India, South Africa and France and reached across the globe using social media, with a contest that helped 100 people in 28 nations win $1,000 each to make life better for others.

Looking for yet another reason Western Union was the winner in this category? Consider these numbers: PR efforts for “Moving Money for Better” generated more than 2.7 billion impressions globally in earned and controlled media and more than 6.8 billion additional media impressions. 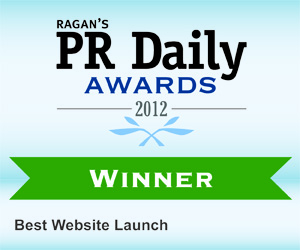