Patients have enough to worry about. MD Anderson knows this and, thus, sought to position its Facebook page as everything from a resource for parking information to a go-to source on more complex topics like health insurance.

MD Anderson shares a wide range of content: patient stories, recipes, inspiring quotes, and at least one post a day from its Cancerwise blog. But content isn’t limited to written material. MD Anderson also shares videos, podcasts, and photos. Initially, posts were often paired with photos, but in September 2012, the Facebook team at MD Anderson noticed that such posts didn’t perform as well as posts without photos. Now, one post a day—out of the two to three posted daily—is featured without a photo.

Additionally, MD Anderson uses clear “calls to action” when posting to Facebook, such as:

MD Anderson discovered that a “Places” page that had been converted to a page without the organization’s knowledge had received 91,000 check-ins and 7,000 followers. In order to streamline its Facebook presence, the cancer center worked with Facebook to merge that page into its own, resulting in even more dedicated fans and followers. To make finding the organization easier, the name of the Facebook page was changed from “MD Anderson News” to “MD Anderson Cancer Center.”

MD Anderson’s page is often used to answer questions—like this one about HPV vaccines. The team strives to respond to positive and negative comments alike. The “voice” and tone MD Anderson team members use is personal, friendly, and sympathetic—a perfect tone for a health care organization.

Get in front of your audience

Facebook has made advertising a priority for brands and organizations hoping to attract an audience. MD Anderson ran a Facebook ad campaign promoting its Moon Shots action plan and leading visitors to its Moon Shots tab. The results were so pleasing that the cancer center ran five more ad campaigns—all of which resulted in 7,648 more fans gained from ads alone. 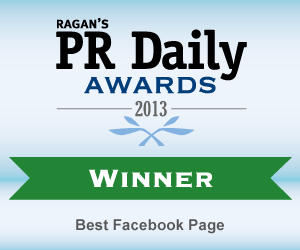