Most news releases are intended for a wide audience, but when CAST Software wanted to win attention for its software-testing technology services, it partnered with PR firm Gregory FCA to develop a release targeting just one person. The resulting “open letter” generated buzz for CAST, and a first-place win for Gregory FCA in the Best Traditional News Release category of Ragan’s 2013 PR Daily Awards.

An opportunity arose in early 2013 when BATS Global Markets Inc., the third-largest U.S. stock exchange operator, experienced a coding glitch that led to the improper execution of hundreds of thousands of trades. Instead of contacting the media in a general response to this issue, Gregory FCA and the CAST team decided to make news differently, with a press release directed at BATS Global Markets COO Chris Isaacson:

The recent events at BATS were regrettable but avoidable. Unlike last year outages, which cost your CEO his job and cancelled your IPO, we do not want these latest IT issues to become forgettable. Enough is enough. As experts in software analysis and measurement, we wanted to offer some friendly advice on how to avoid a recurrence of this latest error which will no doubt prove to be a costly issue.

The letter went on to spell out a series of suggestions for stabilizing the situation and preventing future glitches.

Within two weeks of the press release hitting the wire, it showed up in Google Alerts, which meant that Mr. Isaacson and his PR team had seen the release as well. The CAST blog and website stats confirmed multiple visits from BATS Global Markets. Gregory FCA relayed the data to CAST for its sales teams to follow up with BATS Global Markets and continue the conversation begun by the press release.

This new use of a familiar promotional method is what earned the award for Gregory FCA’s Rich Levin, SVP and editor-in-chief; Joe Crivelli, SVP; Jessica Attanasio, account supervisor; and Justin Lehmann, associate editor. 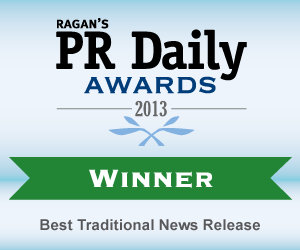