Centuries of tradition inform the approach the Chinese take to their kitchens and cooking. These attitudes reject Western kitchen designs, presenting IKEA with the challenge of introducing the population to its solutions and inspiring Chinese families to adopt them. In meeting that challenge, IKEA and its partner, MSLGROUP China, have won first place in the “Brand Journalism/Content Marketing” category of the 2016 PR Daily Awards.

A national study provided IKEA and MSLGROUP China with data about how people eat and use their kitchens, along with identifying their frustrations, concerns, desires and aspirations. The research found that cooking and dining are experiences for the Chinese that, among other things, provided a release from the pressures of urban living.

Thus was born the campaign, “The Little Things That Matter,” designed to show that “IKEA creates better everyday living by fostering the joy and satisfaction that comes with eating and making food at home.” The campaign centered around an invitation to consumers to share their love of cooking through filmed stories to be shared online.

A report based on the research findings was released at a large-scale media event that included a showroom environment displaying IKEA’s simple living solutions. The team also constructed a live kitchen experience in downtown Shanghai that was used (among other things) for a “Singles Day” event in partnership with a popular fashion magazine.

The results demonstrated a great business result. The fact that the eight videos produced (from 618 submissions) earned over 1.9 million views and that the campaign garnered 26.7 million social impressions and 974 press clippings are further evidence of the campaign’s success.

Congratulations to IKEA and its partner, MSLGROUP China. 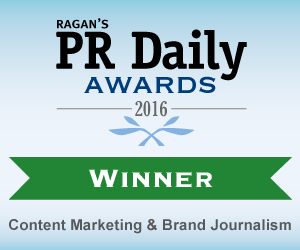