Of the five million people in the United States who live with Acute Heart Failure (AHF), 100,000 could benefit from a medical device that could extend their lives and improve their quality of life. But only 5,000 patients actually get a left ventricular assist device (LVAD), also known as a heart pump. One key reason is a lack of awareness, which led LVAD maker St. Jude Medical to develop an unbranded awareness campaign called “Thanks to an LVAD…,” which has earned first place in the “Health and Fitness” category of the 2016 PR Daily Awards.

The campaign was anchored in a contest. Patients were encouraged to record 30-second videos featuring themselves (and friends and family if they chose) explaining the best thing about getting the LVAD. A microsite created for the campaign sought 50 entries and got 280. A panel of judges reviewed all 280 videos and selected five winners.

The campaign’s reach was impressive. The launch and entry phase generated considerable media and social media awareness. The second phase, in which the winners were announced, also generated tremendous awareness, driving video views and visits to the campaign website.

The work performed may well have saved lives as AHF patients discovered the device and pursued their suitability for getting one. 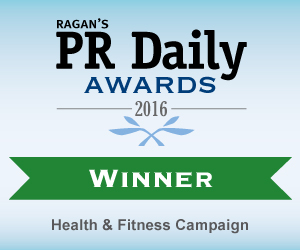