With a limited budget to introduce its new product, Grand Entrance Mascara, cosmetics organization Elizabeth Arden got creative—and won first place in the “Product or Service Launch” category of the 2016 PR Daily Awards as a result.

The campaign employed several clever approaches, starting with sponsoring celebrity makeup artists who would use the new mascara on their clients before they took to the red carpet at major events. These makeup artists shared photos from behind the scenes and on the red carpet, adding the #GrandEntrance hashtag to their photos. They also participated in online media interviews and created “Get the Look” social posts that also used the hashtag.

The launch plan included a partnership with some online influencers who promoted the launch on their blogs and encouraged engagement with their followers. A user-generated content component extended the campaign, with fans sharing how they make their own #GrandEntrance for a chance to win a gift card for Elizabeth Arden products.

Social media content was posted across multiple platforms and through a Red Carpet Favorites landing page that influencers and UGC creators could link to.  Finally, the PR effort was leveraged while Grand Entrance was sold live on HSN.

The campaign generated an impressive number of impressions, more than a third of which came from digital PR coverage. Sales of the product were also exceptional, equaling in 18 minutes of availability on the Home Shopping Network the same amount many other Elizabeth Arden products sell in a month in department stores.

Congratulations to Christina Bennett, Bridget O’Neill and Lauren Sarno for their work. 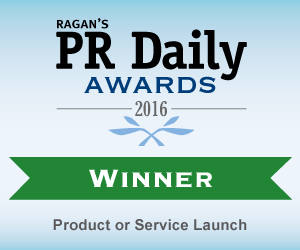