What comes to mind when you think of hedge funds? Probably not an organization of fully realized, three-dimensional human beings—algorithms and obtuse media stories are more likely. Citadel (via its agency, Vested) decided to create a microsite to overcome that perception and generate the attention of the business press. Its success has won first place in the “Website Launch” category of the 2016 PR Daily Awards.

The website was designed to let employees “nerd out” about the “Star Wars” movie franchise. The idea was to use the wildly popular films to showcase the staff’s business acumen (not to mention their pop culture cred).

The release of the newest installment in the movie series, “The Force Awakens,” provided Citadel with the perfect timing for the site, which covered such topics as how movie studios use intellectual property, the role global markets play in film financing, and the appeal of the movie industry as an institutional investment opportunity.

Loading the site with video, narrative content, and “Star Wars”-themed graphics helped drive a 14 percent increase in unique traffic to the Citadel website. In addition to other coverage, Business Insider produced three articles about the site that were syndicated across a number of other properties.

For creating a site about a hedge fund people actually want to spend time on, congratulations to Vested’s Ali Wells, Dan Simon, Binna Kim, Ishvienne Arora and others on the team. 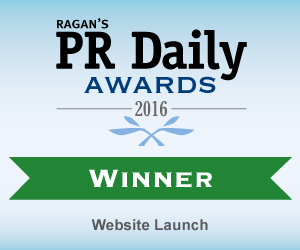