When Donald Trump prevailed in the 2016 presidential election, the news media could talk about little else. Not many PR agencies would see this as an opportunity to help a client break through the noise associated with artificial intelligence and get coverage from top-tier business press. That, however, is exactly what SHIFT Communications did—and in so doing, it’s won first place in the “Media Pich” category of Ragan’s 2017 PR Daily Awards.

SHIFT’s client, the CRM platform Signpost, had been successful at getting second-tier business press to report on its new AI-driven platform, but coverage in outlets like CNBC and Business Insider eluded them. Signpost brought SHIFT on board with a simple goal: Secure six pieces of only top-tier coverage in six months.

When SHIFT learned a blog post was in the works about Signpost’s calculation of the losses Trump’s Mar-a-Lago resort would suffer as a result of his presidential victory, SHIFT put the brakes on the post and took the story of the predicted $100-million loss directly to the press. As a result, Business Insider ran the story, delivering 13.8 million impressions and leading 12 other outlets to syndicate the article the same day, including Yahoo Finance and SF Gate.

Within a week, 10 other outlets picked up the story with original reporting, including TIME, Newsday and NPR, producing more than 50 million impressions. The story appeared ultimately in 23 publications (earning nearly 570 million impressions). And, as SHIFT notes, “The coverage in the Business Insider article emphasized the correlation between revenue and reviews and positioned Signpost as the leading expert in this area.” 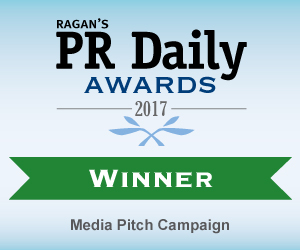