Swiffer is a household name, the category leader among spray mops. O-Cedar had a spray mop of its own—the ProMist Max—and wanted to get it into apartments and small dwellings, for which it was ideally suited. The approach the company took, with the help of 3rd Coast PR, has won first place in the “Contest or Giveaway” category of Ragan’s 2018 PR Daily Awards.

With Swiffer already holding the lion’s share of the market, O-Cedar wanted to reach a younger generation not typically targeted for such products. The campaign’s goals included driving traffic to the ProMist Max landing page and introducing the product to millennial consumers. Another key goal: Challenge Swiffer.

Reviewing data about millennials, the team learned 60% of young adults in the U.S. live with roommates. They built on this data with their own survey, and discovered that nearly half of millennials confessed that cleanliness was the most important factor when they chose a roommate.

Media outreach included referencing a customizable “Roommate Agreement” people could download from the site. A celebrity endorsement and social media influencer involvement rounded out the campaign, earning more than 31,000 page views and 11,000 sweepstakes entries. Also, more than 1,000 copies of the roommate agreement were downloaded.

For their originality in identifying the roommate opportunity, congratulations to Mary Kelly, Rachel Johnson and Betsi Schumacher. 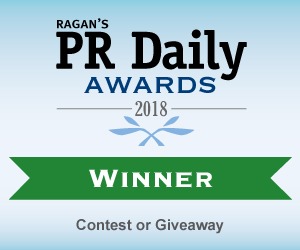