It has grown increasingly difficult to reach people with Type 2 Diabetes (T2D). Eight drugs have been approved in the last 35 years in the U.S.—six in the last two years alone—all targeting T2D. Patients have been flooded with awareness campaigns, both direct-to-consumer and general in nature, making it difficult for any single company to stand out—especially one seeking to engage patients in a direct and honest way. Novo Nordisk found a way to break through the clutter, winning first place in the “Health Care Campaign” category of Ragan’s 2018 PR Daily Awards.

The pharma company enlisted Anthony Anderson, star of the hit TV show “black-ish” and T2D patient, to motivate patients living with uncontrolled T2D to get serious about managing their disease; the campaign also sought to break down the myths associated with managing diabetes.

Specific objectives included urging people to “Get Real About Diabetes” and address their disease head-on, increasing education and support for people living with T2D and helping patients overcome the fears associated with T2D management, emphasizing the importance of following doctors’ orders and adhering to prescription protocols.

The campaign’s coup was incorporating the diabetes storyline into “black-ish,” with Anderson’s character diagnosed with T2D on the fall finale episode. The company also sponsored a segment on “Good Morning America” the day before the episode aired and implemented a paid social media strategy, along with serving content to fans of other prominent diabetes-related Facebook pages and fans of Anderson and “black-ish.”

A sentiment analysis performed on one of the campaign’s hero content pieces found that nearly a third of commenters acknowledged or committed to changing their behavior and taking control of their T2D. Campaign metrics across social media and other channels were equally impressive. 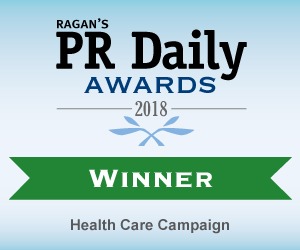