Travel by Americans outside the U.S. has grown 11% in recent years, but only 1.3% visit Australia despite a generally positive perception of the country as a desirable travel destination. The Caribbean, Europe and Hawaii are closer, and Australia’s pitch around beaches, food and wine weren’t making a compelling case for the long flight. A pivot in Tourism Australia’s approach to reaching high-value American travelers has earned first place in the “Hospitality, Travel or Tourism Campaign” of Ragan’s 2018 PR Daily Awards.

These travelers are accustomed to long-haul travel. They spend more and they stay longer. To reach them, Tourism Australia used the iconic 1986 movie, “Crocodile Dundee,” which helped shape the American view of Australia and was, in many ways, a tourism campaign disguised as a movie.

The team produced a series of movie trailers featuring actor-comedian Danny McBride as Mick Dundee’s long-lost son, and “Thor” actor Chris Hemsworth as his sidekick, Wally Jr. The series of trailers built anticipation for the release of the movie, bolstered by a cast featuring such notable Australian actors as Russell Crowe, Hugh Jackman and Margot Robbie. The teasers enticed audiences to catch the release of the official full-length trailer during the Super Bowl.

However, during the Super Bowl Americans learned it was a gag: There was no movie, just a star-studded advertising campaign. At the moment the Super Bowl spot aired, all of Tourism Australia’s assets transformed into a full-scale campaign reflecting the movie theme.

The ad drove 11% of all tourism-related social media conversations about Australia on Super Bowl Sunday. Most important, 66% of American consumers indicated they were more likely to visit, with an 83% increase in intent to book the travel. 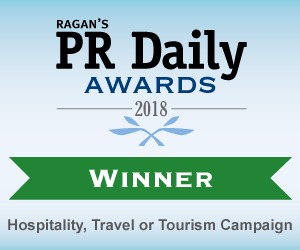