On June 29, 2017, Cherokee Nation reopened the popular tourist attraction, Sequoyah’s Cabin Museum near Sallisaw, Oklahoma. The cabin was built in 1829 by Sequoyah, well known as the creator of the Cherokee’s written language, the Cherokee syllabary. Announcing the reopening of this treasure to the public had to convey a sense of reverence for the man and the need to preserve a fragile piece of history. Its success has won Cherokee Nation Businesses first place in the “Press Event or Media Tour” category of Ragan’s 2018 PR Daily Awards.

For years, the cabin museum was maintained by the Oklahoma Historical Society. When the Society built an outer building to protect the cabin and produced exhibits for it, financial pressures led it to explore divesting itself of the property. The Cherokee Nation bought it, along with the surrounding 200 acres of land, in order to maintain the National Historic Landmark’s value as a snapshot of the life of one of the most prominent figures in the Nation’s history.

Once in Cherokee Nation hands, a reopening was planned. Cherokee Nation Businesses distributed a series of news releases leading up to the event, starting with the announcement of the Nation’s plan to purchase the property. A formal signing ceremony finalizing the purchase presented another opportunity for building awareness; at the event, plans were announced for updates to aging exhibits and grounds enhancements. A small gift shop was also planned.

The grand reopening was announced along with a “first look” for media at the updated site. Another release was distributed to offer a recap of the event, and b-roll and images were posted to the Cherokee Nation’s online pressroom, many of which were widely used in media coverage. Two in-depth features were published in Oklahoma’s largest newspapers.

In total, media coverage reached 5.3 million people. The press event was aired 14 times to a combined viewership of more than 212,000. As a result, the site continues to be a major tourism draw. 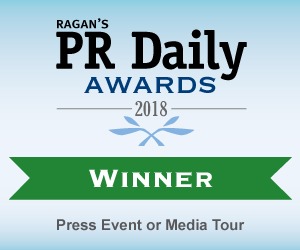