For three years, communicators at MD Anderson Cancer Center were prepared to undertake an online campaign should James Allison, Ph.D., win the Nobel Prize for Physiology or Medicine. All the planning paid off in the fourth year, resulting in not just the Nobel Prize, but also a first place win in the “Social Media” category of Ragan’s 2019 PR Daily Awards.

Allison is the chair of Immunology at MD Anderson. Along with another researcher, he had been working on a pioneering new way of attacking cancer by treating the immune system rather than the tumor. Anticipating a possible Nobel nod was not wishful thinking. Allison had already won every other major scientific award.

The social media campaign began at 4:30 a.m. on Oct. 1 and continued through the next Sunday. The team developed a landing page on its website where people could learn more about Allison and his prize, serving as a resource for media as well as people seeking information about cancer treatments. It was also a destination to drive traffic from social media.

Social media was employed to announce the award (including Twitter, Facebook, LinkedIn and Instagram); an Instagram Story was also posted linking to the MD Anderson news release. Cover photos were changed to Dr. Allison’s image across social media channels, along with a Snapchat geofilter and a Facebook photo frame. Employees were encouraged to share the news using the Snapchat filter.

A media event was livestreamed, and the team created a YouTube playlist featuring videos spotlighting Dr. Allison and immunotherapy. The landing page was visited more than 35,000 times, Facebook posts resulted in more than 100,000 engagements and other social channels performed equally well; the Snapchat geofilter was swiped 15,000 times. 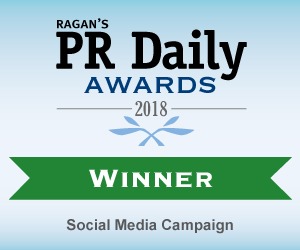