In 2017, the already daunting process of enrolling in employer-based benefits plans was complicated by confusion and anxiety around the future of health care in the United States. Seeing a need for better benefits education, information and resources, Aflac sought to reinforce its position as a trusted resource among consumers. The multifaceted campaign that Aflac implemented to raise awareness of the importance of benefit decisions has won first place in the “Traditional Campaign” category of Ragan’s 2018 PR Daily Awards.

The company’s 2017 Aflac Open Enrollment Survey provided the opportunity to share data and insights on getting the most out of the benefits enrollment experience. The survey revealed that a majority of consumers had a false sense of confidence when it came to benefits enrollment.

Aflac set two key objectives for its campaign: Position the company as a thought leader through top-tier business and consumer media coverage, and increase awareness of the importance of decisions consumers would make by engaging them in conversations about benefits.

The company employed a range of tactics to earn coverage, including a press release, a media pitch that appealed to a well-defined subset of reporters, a satellite media tour, matte releases, articles and infographics, social media outreach and communication directly through agents and brokers. Articles and infographics exploring the data were produced to feature key findings for specific demographics.

The effort produced 79 placements, including The New York Times and the Washington Post. Impressions were through the roof for earned and paid media efforts, with 67 posts across social media producing nearly 65 million impressions—along with a high level of engagement. 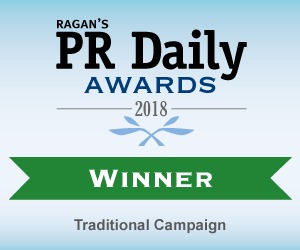