One surefire way to get media attention is to publish a report. That’s what Children’s Health did with its “Beyond ABC” report that explores the quality of life for children in North Texas as measured by pediatric health, education, economic security and safety. For the effectiveness of the effort, Children’s Health is the first-place winner in the “Cause Advocacy” category of PR Daily’s 2019 Digital Marketing & Social Media Awards.

The report presents recommendations about how to improve children’s lives and affect public policy. Energized by the enthusiastic response to the report’s release, the organization dedicated itself in 2018 to leveraging untapped promotional opportunities that would ensure this critical information reached even more of the individuals and stakeholders who could influence legislation, budgets and policy reform.

Armed with the data from the large-scale research effort, the team developed a narrative around each topic (e.g., Texas ranks last in funding for mental illness, and suicide is the third-leading cause of death for children ages 10-14). To develop these narratives, more research was in order, including an in-depth media audit of previous results, an analysis of successful media engagement from comparable reports, meetings with community groups and surveys.

The execution of the campaign began with the report itself, which included a more visually appealing format, strong infographics and other elements. A community symposium was planned for the report’s release, featuring a panel discussion. Advisory board members received a toolkit to make it easier for them to present the report’s findings. 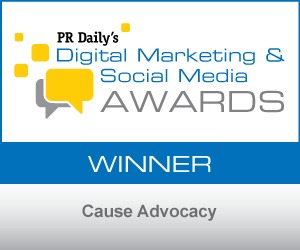