Community owned, nonprofit electric utilities face a growing number of takeover threats from private, for-profit companies. Although customer support is the best defense against this trend, research by the American Public Power Association—which represents community-owned utilities—found that just 20% of customers under 55 years old even knew their utility was community-owned. The solution to this problem was an orchestrated campaign developed by the association and promoted by members. The campaign—#CommunityPowered—is the first-place winner in the “Visual Design” category of PR Daily’s 2019 Digital Marketing & Social Media Awards.

Research and testing served as the campaign’s foundation. The campaign sought to highlight community ownership of utilities, demonstrate that public power gives back to the community, highlight the role of power in the community and shine a light on community members who are important to power delivery.

It was a great idea, but pulling it off required everything from materials customers would want to consume to a cohesive visual design that would attract their attention in the first place. Social media was the primary channel, given the demographic the association targeted; interactivity was another important component.

An agency was selected to develop the campaign’s look and feel, which drove home the message that power and the community are one and the same. The design was applied to social media posts, infographics, articles, videos, and even giveaway merchandise. Ultimately, 170 member utilities, along with 28 state and regional associations and joint action agencies (representing an additional 1,049 utilities) opted into the campaign, which generated nearly 8 million hashtag impressions on Twitter and reached more than 360,000 people on Instagram. Many utilities continue to use the assets, even though the campaign has ended. 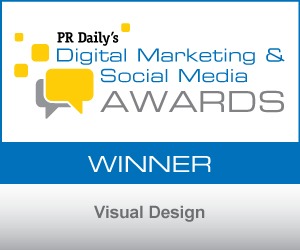