More pizza is bought (and eaten) in January and February than at any other time of year. Football accounts for a lot of that consumption, with pizza representing a popular food category for people watching games at home on TV. DiGIorno, a frozen pizza brand, wanted to introduce an integrated campaign that positioned its brand as the pizza for football viewing parties. The resulting video, “Rise to the Occasion,” was designed for viewing while customers wait for their frozen pizza to rise in the oven. It’s won first place in the “Content Marketing Video” category of PR Daily’s 2017 Video and Visual Awards.

A key insight emerged from the marketing team’s review of previous football campaigns: “The anticipation of DiGiorno pizza baking in the oven—and its aroma filling the room—surprisingly brings consumers more joy than the first bite.” That research led the team to recruit a Grammy Award-winning rapper, DJ and producer Redfoo to write and produce “the ultimate pizza party jam.” NFL Linebacker Von Miller was also brought on board to “co-host” the gathering, with other music contributors added from the worlds of social media and music.

The music video was teased with a 15-second YouTube trailer video. After the video was released (with a 24-hour YouTube masthead takeover), other content (such as a behind-the-scenes video) was also released to maintain interest over a longer period. The video resulted in nearly 1 billion impressions and an additional 113 million impressions thanks to media placements in properties like Adweek and The Drum.

The video was viewed more than 43 million times, delivering sales and share increases for the second consecutive year. 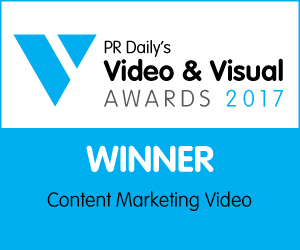