Rockwell Collins, like many other organizations, introduced a manager assessment program in which employees provide feedback about their managers’ performance. The plan included delivering tips and tricks to managers about addressing common leadership pitfalls. It also had a video component—which has won Rockwell Collins first place in the “Low-Budget Video” category of PR Daily’s Video and Visual Awards.

“We knew we wanted to do a video,” the team says, “but we were getting tired of stuffy talking heads and didn’t know how far we’d get with pitching a business case to get funding and resources to pursue a video.” The team opted to “just do it,” though, giving birth to “Jack Chat,” a video series produced with an iPhone and iMovie, hosted by leadership development program manager Jackie Pelland.

Pelland has become something of a celebrity around the organization; she’s received a number of requests to speak at group events, where she is introduced as “the star of Jack Chat.” So far, the entire series has cost Rockwell Collins only $15, the fee paid to secure the rights to use the video’s theme music. 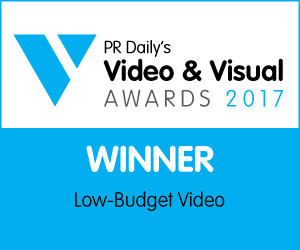