GizmoPal 2 is a wrist-wearable device from Verizon that enables children to stay in touch with their parents. A video merely mentioning it in passing has won first place in the “Public Relations Video” category of PR Daily’s 2017 Video and Visual Awards.

The product was ideal for Mary Heffernan, who narrates the video (Verizon reached out to her as an influencer). Heffernan and her family—a husband and four daughters—were Silicon Valley restauranteurs who were having trouble sourcing quality meats. They decided to start their own business, Five Mary’s Farms, six hours away from the Valley.

Five Mary’s Farms is the focus of the video, with Heffernan explaining how important connectivity is on the 1,800-acre property. Not only do they have to stay in touch with customers, they also have to find content online; she tells the story, for example, of finding out how to deliver piglets from a YouTube video played on a phone while the pig was in labor.

Having Heffernan tell her own (and her family’s) story works extremely well as she narrates short cuts of life on the farm. The reference to GizmoPal 2 is fleeting as Heffernan talks about the ability to know where her daughters are in an instant with the device.

The video—posted to YouTube and accompanied by a longer feature article—helped achieve a 90 percent year-over-year lift in sales of GizmoPal 2 during the 30-day period during which Verizon spotlighted the story. That’s the very definition of success, and also led to a second video, this one produced in 360 degrees.

Congratulations to Verizon for some smart video work. 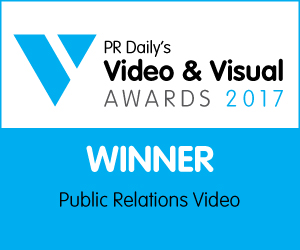