The Thomas Collective, a full-service agency, had worked with AZO to introduce its urinary health products to women 18–34  years old, with Facebook as the channel for addressing urinary tract infections and remedies for yeast infections. The agency created a persona, AZO Girl, “a sassy superhero with an accessible voice.” The character’s success, particularly in moving from Facebook to Instagram, has won The Thomas Collective first place in the “Social Media Design” category of PR Daily’s 2017 Video and Visual Awards.

AZO Girl became a popular figure on Facebook, increasing engagement by 600 percent in the first year of the campaign. AZO was reluctant, though, to expand beyond Facebook despite the fact that fans were spending more and more time on other platforms.

Finally given the green light to test other social media waters, the agency took a deep dive into Instagram while evaluating audience behaviors on Facebook. Armed with the results of their research, the team of eight agency staffers refined the AZO Girl persona to accommodate Instagram’s unique characteristics, then developed campaigns that were true to the AZO Girl voice, including “TMI: Facts about Urinary and Vaginal Health,” “Ditch the Itch” and “Things You Can Do This Summer When You Don’t Have a UTI.”

The agency also created a visual persona specifically for the organization’s Instagram presence, developed an Instagram sweepstakes series and used paid Instagram ads to extend the reach of the campaigns. The effort paid off, with engagement costs 83 percent lower than on Facebook, and actual engagement 250 percent higher. Followers grew at a 50 percent faster clip than anticipated. So effective was the campaign that AZO extended the Instagram-focused visual style to its website.

Congratulations to the team at The Thomas Collective. 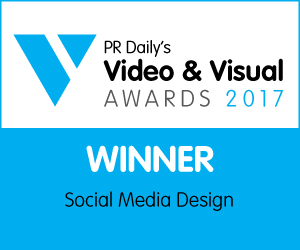