Hardware superstore Lowe’s has a knack for delivering emotional punches in well-made videos about real people engaged in real activities. “Leaving a Legacy in Leesville,” tells the tale of employees at one Lowe’s store who volunteered their time to repair the barbershop of a local barber and community figure who tragically died in an auto accident. It’s won first place in the “Interview Video” category of PR Daily’s 2018 Video & Visual Awards.

Sherrell Lewis Jr. died helping another motorist.  The two-minute video uses archival footage and clips from interviews with relatives and friends who shared his story and his desire to renovate his barbershop. Some of the local Lowe’s store staff knew Lewis, and his passing inspired them to undertake the store renovation.

The tale told in this video that has attracted nearly 1,600 views on the Lowe’s Open House YouTube channel. Produced entirely internally, the video was posted on Lowe’s branded journalism web site. The emotional punch the production delivers elevates it to well-deserved heights. 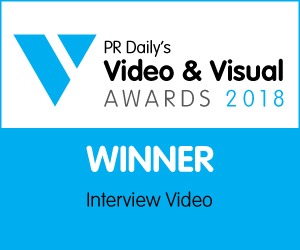