For years, Visit Philadelphia has been a leader among visitor/tourist organizations when it comes to innovative use of media. “Flavors of Philly” is no exception. The series, produced for less than $150, has won first place in the “Low-Budget Video” category of PR Daily’s 2018 Video and Visual Awards

Taking advantage of the popularity of Visit Philadelphia’s popular social media offerings, which attract some 1.5 million people, “Flavors of Philly” focuses on local restaurants based on data that show culinary travel accounts for nearly half of domestic leisure travel. Goals for the series included introducing prospective visitors to the personalities inside the kitchen, showcasing Philadelphia’s food offerings and increasing the number of visits to different Philadelphia neighborhoods.

For each episode, two Visit Philadelphia hosts learn to cook a dish on Facebook Live while interviewing the chef from the episode’s restaurant. These videos tease the one-minute video that is released a week after the Facebook Live video. The videos feature restaurants from throughout the city, with chefs including a former Top Chef contestant.

The earned video tally is nearly 775,000 organic views across both the live and edited videos on Facebook. Viewers spent a combined 245,860 minutes watching the series, the equivalent of about 5½  months. The series was featured in an article by the travel industry outlet Skift. The most impressive stat came from a survey of more than 4,000 fans and followers, 72 percent of whom said they were inspired to try a new restaurant because of the videos. 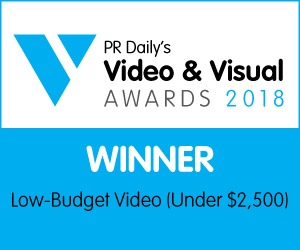