Work can be dangerous. Despite constant safety reminders, employees who perform the same tasks day after day can shrug off the warnings and take mindless shortcuts to get the job done. A key challenge for safety personnel is driving home the importance of adhering to safe practices and avoiding shortcuts.

For communicators at Johns Manville, an incident in which an employee lost his hand in an industrial accident (along with losing a year of work) helped get that point across in a powerful, emotional way that’s hard to forget or ignore. The video produced about the accident has earned the top prize in the “Safety Video” category of PR Daily’s Video & Visual Awards.

The company’s corporate communications director had heard from people working in the Texas plant that the employee was ready to talk. After speaking with him and his colleagues, the decision was made to bring a video crew to the plant and interview eight people over the course of several days. The crew also retraced the employee’s steps as he sought help after the accident and even interviewed his children.

At nine minutes, the team was concerned the video was too long, but the power of the story and its narrators is so strong that it feels shorter; it’s also easier to watch than some shorter videos.

The video debuted at the company’s executive leadership conference, then was distributed to the company’s 35 plants in North America along with a comprehensive facilitator’s guide and FAQ. Later, German and Slovak subtitles were added for distribution to European facilities.

Nearly all of the company’s 8,000 employees have seen it; the video has also been screened to customers at various events and to OSHA. Employee feedback confirms the heartbreaking impression the video makes. 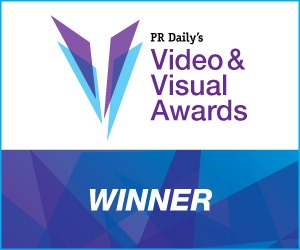