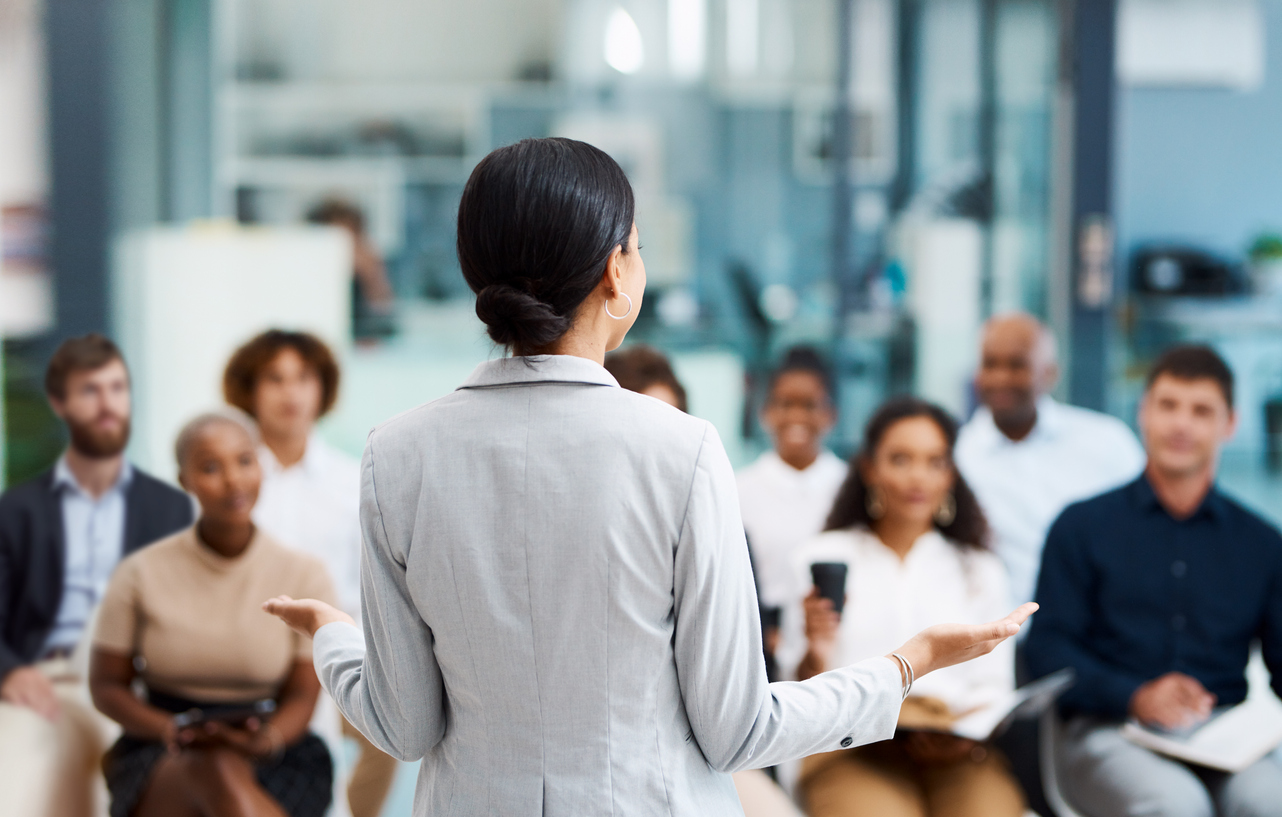 Some people would rather die than speak in public; just ask Jerry Seinfield.

“According to most studies, people’s number one fear is public speaking – number two is death,” famously said Seinfeld in his stand-up routine “I’m Telling You for the Last Time.” “This means to the average person, you’re better off in the casket than doing the eulogy.”

It’s estimated that over 75% of the population has some fear of public speaking. Unfortunately for PR pros, it’s an inevitable part of the job. Between new business pitches, weekly client meetings or even calls with reporters, PR pros are frequently asked to present.

The question is, how do you beat the nerves and at least appear to be comfortable speaking publicly (even if you’re actually having a meltdown)?

A quick Google search will tell you there is no end to the amount of suggestions for how to relax and crush a presentation. But let’s be honest, when was the last time breathing deeply made you feel better before a speech? Thought a few push-ups would make you relax? Wrong — now you’re just nervous and sweaty.

Of course, everyone is different, but here are a few of my best, not-so-scientific tips and tricks to quell your nerves before speaking publicly:

1. Remember that you don’t care.

It may seem counterintuitive, but I’ve found that one of the ways to stay calm before and during a presentation is to repeatedly tell yourself that you don’t care, and the speech isn’t a big deal. In doing so, you remove the perceived importance and self-afflicted internal pressure that can cause a few minutes of speaking to feel like your impending doom.

It’s a subtle trick, and can be challenging to maintain, but you’ll find that the speech doesn’t feel quite as daunting anymore. Remember, it’s hard to be nervous about something you don’t care about, even though you do.

2. Make small talk before you present.

Arguably the worst aspect of public speaking is the build-up before you begin to talk.

Imagine you’re in a new business pitch with a prospective client, and you’ve been waiting for more than 30 minutes for your turn to present. As the anxiety and anticipation steadily builds, it can be a challenge to speak up with confidence after being silent for so long.

The solution? Confront your nerves at the beginning. Whether you’re speaking in-person or virtually, force yourself to make small talk before you begin your presentation. Interact with people around you or on the screen in front of you. It’s remarkable how quickly the nerves dissipate when you remember that you’re talking to living, breathing human beings.

3. Take pauses (and not just for dramatic effect).

What is the second worst part of presenting? The first 30 seconds. It’s common for nervous talkers to speak rapidly and stumble over their words when kicking off a presentation. It’s not easy to conquer the impulse to rush, but the mark of a good public speaker is the ability to present calmly and coherently.

To crush those early jitters, force yourself to pause after the first few sentences. When you are planning your presentation, make sure your opening lines have room for breaks. Not only will the pauses help slow your skyrocketing heart rate, they will also make you look like a better public speaker.

Additionally, audience members will perceive you as more truthful when you take time to pause. according to a study by Columbia University.

Take a page from your high school gym teacher’s playbook and remember to drink water. Dry mouth is a common issue during presentations and staying hydrated will make everything go significantly smoother.

Plus, taking breaks to drink water during a speech will allow you time to pause and gather your thoughts.

It’s also a good idea to avoid coffee or any form of caffeinated beverage as they can lead to anxiety and an upset stomach.

The best artists, athletes and performers in the world became who they are because they did the same motions over and over. The same holds true for presenting.

By reading your speech out loud and practicing in advance, you’ll be less likely to stumble over words. In fact, sometimes you’ll become so comfortable with your script that you’ll even be comfortable improvising.

And keep in mind, you don’t care about public speaking anyway.

One Response to “How to conquer nerves for public speaking”

I have been teaching public speaking for 30 years, and what I have found helpful for students is to have students reframe their thinking about the speaking experience. Rather than thinking that they don’t care, they should think about how they are excited for this opportunity to share their thoughts. That reframes their thinking so that it is positive and that they use that nervous energy productively.

And, you’re right, practice is so important! 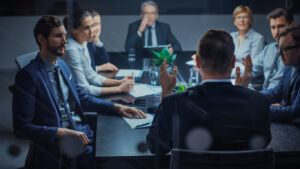