New York-Presbyterian Hospital, like most hospitals, was pretty conservative about its approach on social media.

But in 2012, it took the plunge and hired two full-time employees to manage its social media accounts. A main focus was on the hospital’s Facebook page. The goal was to reach 7,000 fans by 2012. By the end of the year, it had reached 14,000.

New York-Presbyterian Hospital takes top honors in the Best Facebook Page category of Ragan’s 2012 Employee Communications Awards because of how it quickly it gained a following, its methods for promoting the page internally, and its success in reaching a large audience during Hurricane Sandy.

The hospital encompasses five campuses. To make sure all campuses were included, the team asked some employees to join its “social media all-start” team, a program where employees sent over content ideas and pictures to the team. Also, to make the page appealing to patients, there’s no technical or medical jargon to describe medical procedures.

Hurricane Sandy is where the Facebook page really made a difference. The team showed what surgeries and procedures were cancelled and gave updates from medical staff. Information about how employees could get to work was posted via a Google Document on its Facebook site, which was opened more than 1,000 times in 72 hours.  The team posted 30 status updates and reached more than 133,000 people. The engagement level for the site during this time increased to more than 230 percent. 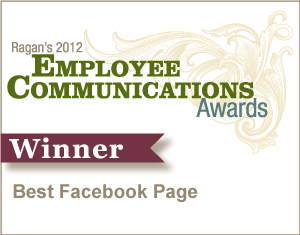