Sudden Infant Death Syndrome (SIDS) is one of the three most common causes of infant death in the United States and Indiana has the tenth-highest infant mortality rate in the country, according to data from the Centers for Disease Control and Prevention. Knowing that SIDS strikes mostly when babies are sleeping, Riley Children’s at Indiana University Health determined to raise awareness of the importance of swaddling a baby for sleep. Its efforts have won first place in the “Community-Nonprofit Partnership” category of PR Daily’s 2017 Nonprofit PR Awards.

Increasing awareness of both the problem and the swaddling solution involved partnering with the Indianapolis Colts NFL team and ensuring the message appeared where Hoosiers were most likely to see it: at home and online, and especially when a mother and baby were still in the hospital after childbirth.

A press conference livestreamed over Facebook Live kicked off the Safe Sleep campaign with Riley’s safe sleep expert, along with Colts Vice Chair/Owner Carlie Irsay-Gordon and Indiana’s state health commissioner. The press conference included a demo on how to use a sleep swaddle properly.

Riley followed the press conference with several social media posts, accompanied by an easy-to-use infographic. Concurrently, the hospital began giving safe sleep swaddles bearing the Riley and Colts logos to parents of any baby born in an IU Health facility, along with a safe sleep handout, “The ABCs of Safe Sleep” (All by myself, on my Back, in my Crib).

The campaign generated 26 unique pieces of media coverage; in total, it achieved more than 3 million impressions. Riley Children’s has handed out nearly 7,000 swaddles. Riley not only raised awareness; it has undoubtedly contributed to a reduction in the total number of infant deaths in Indiana. 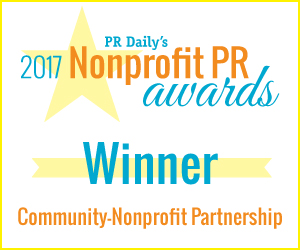