The word “campaign” usually refers to a short-term effort to achieve a goal. The ideal length of an advertising campaign, for example, is 45 days. You can imagine the amount of planning, innovation and creativity required to deliver a campaign that would last four years. That was the challenge facing the Polynesian Voyaging Society, though, and now it’s won first place for “Campaign of the Year” in PR Daily’s 2018 Nonprofit PR Awards.

The staff members of Bennet Group Strategic Communications were tasked with telling the ongoing tale of a 40,000-nautical-mile journey of traditional Polynesian voyaging canoes to emphasize the society’s mission, “to care for our Island Earth.” The voyage began in May 2014 and concluded on June 17, 2018, and included ceremonies at each of the voyage’s ports of call.

Throughout the voyage, Bennet Group “established a finely-tuned cadence and customized tactical approach to meet the specific needs of each high-value media outlet prioritized for engagement in the voyage, including the content mix and shooting style of b-roll captured on board at sea, the frequency and timeliness of media updates on location and conditions and more.”

For the homecoming, Bennet Group created materials, managed media relations, developed content for owned media and harnessed social media (including tapping into Facebook Live, which reached 6.45 million people around the world). Other statistical results were equally impressive, including the fact that the city and county of Honolulu designated the voyage as one of the top three points of pride for Oahu residents. 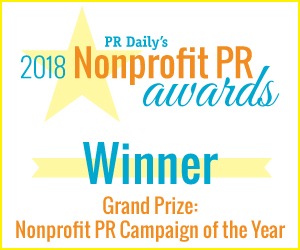