The public image of people with eating disorders historically has been confined to young white women. The National Eating Disorders Association (NEDA) wanted to change that, showing that eating disorders affect tens of millions of Americans across every race, age, gender and socioeconomic group. NEDA brought Momentum Communications Group on board to dispel the stereotypes and build an inclusive movement that accepts everyone struggling with body image.

Influencers played a role in the campaign, with ambassadors conveying their experiences; their stories were also pitched to journalists as part of a focused media relations effort that included op-eds.

Social media outreach capped the campaign with a focus on Instagram, Facebook and Twitter. By the end of the campaign, donations to NEDA increased 244%. Media coverage included “CBS This Morning,” The Washington Post, The Atlantic, NBC News and NPR’s Morning Edition, among others. 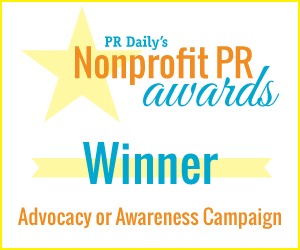