The branding for the Jewish Federation of Delaware applies brilliantly to each of the organization’s many activities. “We Grow Stronger Together” became the theme that unified all of the Federation’s messaging, designed to encourage multiple audience to share in the Jewish traditions of caring and compassion, Jewish learning, repairing the world and social justice.

How the campaign slogan and the images were employed have earned the Jewish Federation first place in the “Branding or Rebranding Campaign” category of PR Daily’s Nonprofit PR Awards.

The campaign branding, aimed at former, current and potential donors, uses three primary visuals that span age-specific audience segments: children, a young couple and a senior citizen with an adult daughter. For example, the federation negotiated a public service announcement campaign with Clear Channel Outdoor, providing rotating billboard locations at no charge when Clear Channel had space available. The same images were repurposed for banners displayed both inside and outside the Jewish community campus and in print.

The Jewish Federation publishes a monthly publication distributed to homes, advertisers and synagogues as well as an annual impact report that highlights the federation’s accomplishments. The same visual theme became the banner for the federation’s weekly email newsletter, as well as a second monthly publication focused on local stories and an annual community guide.

The federation’s website also adopted the theme, which was repurposed effectively for each type of medium, supporting goals that included raising awareness of the federation’s key programs and services and reiterating the importance of meeting the needs of the global Jewish community through donor giving. 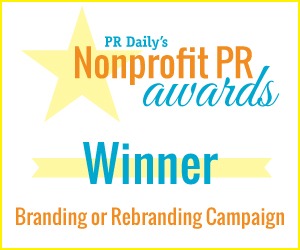